New Monarchy have a new winner and that is means its unique reward is now available for sale as part of Victory Week, which is underway on PC, PS4, and Xbox One.

Destiny 2's first Season 2 Faction Rally has wrapped up and as previous events, this means the Tower is now adorned with decorations.

The winner was selected based on the Faction that collectively earned the most rewards packages during the Faction Rally event.

One of the three Factions that is now selling its Winner's Offering: a Legendary auto rifle named Loquitor IV.

Legendary auto rifle named Loquitor IV anyone can purchase it for 50,000 Glimmer.

You can no longer earn Faction Tokens, but you can still cash in any you've earned with your Faction vendor to earn rewards. 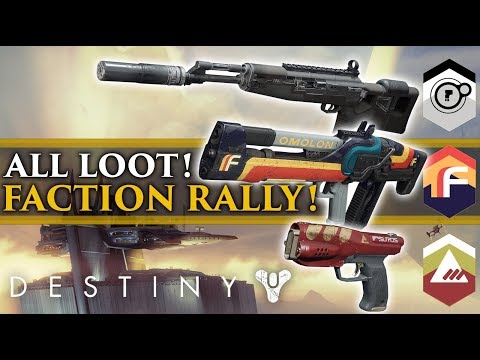 This Weekend's Sale on Steam

I love to play games. Anything that is competitive. I love to play darts, shoot pool, any video game or board game, anything like that I am all about. For me is more about spending time with somebody, hanging out and enjoying yourself.