Rockstar has just published their latest update for GTA V. They made a promise one year ago that they will never let this game grow old and it looks like they are spot on in terms of the promises. This latest update has lots of interesting things to offer and let's have a look at some of the interesting facts in this article.

The much awaited Rockstar Editor will be available in this update. You will be receiving a lot of free mode events to the online version of Grand Theft Auto after you are done installing this update but that is a regular thing. We always get new missions and versions in every update. What is so new about this update? Well, the new fact is the Rockstar editor as it will only be available for the latest version consoles.

People already started to say that the days of old consoles are long gone and it looks like Rockstar just acknowledged the fact that old consoles are not their main priorities anymore. The latest update will only be visible from PlayStation 4, Xbox One and PC. People who use Xbox 360 and PlayStation 3 won't be able to download and install this update in their consoles. This is a big move and we think, Rockstar is right. 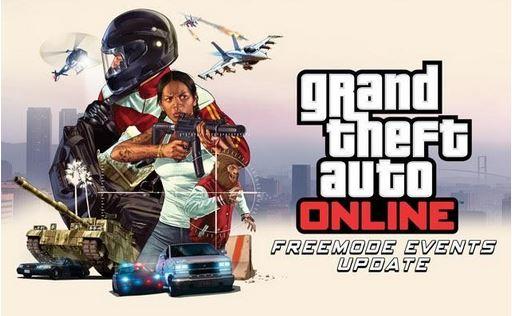 The free mode events will have a totally new atmosphere according to Rockstar. They said that the player won't have to do anything else to get into the free mode. This new method of playing was not displayed before in any other game. The free mode won't have any lobby, loading screen or a starting point. It will be triggered automatically and the gamer won't be able to expect it either.

There are more than 10 Freemode Events available now in GTA Online, one of which is called "Hunt the Beast." In this event, one player is given super-strength (and extra hair), while the rest of the players are tasked with bringing this person down. Another event is called "Hot Property" and sees players attempting to hold on to a valuable briefcase for as long as possible.

Yet another event, "Penned In," sees a massive dome appear in the Los Santos skyline. Players must travel to this dome, get inside it, and then try to stay within its domain as it shrinks while simultaneously trying to push other players out. Anyone left outside of the dome for more than 7 seconds will explode; the last man or woman standing wins.

The most exciting thing is, if you as a player can finish 5 challenges within September 20th, you will be receiving $50,000 GTA money which is massive.

GTA 5 PS4 and Xbox One Graphics Took Hit, But They Will Fix It.

New Guns, Cars and Gear for GTA 5 Next Week

GTA V is Set To Release For Xbox One, PS4 and PC